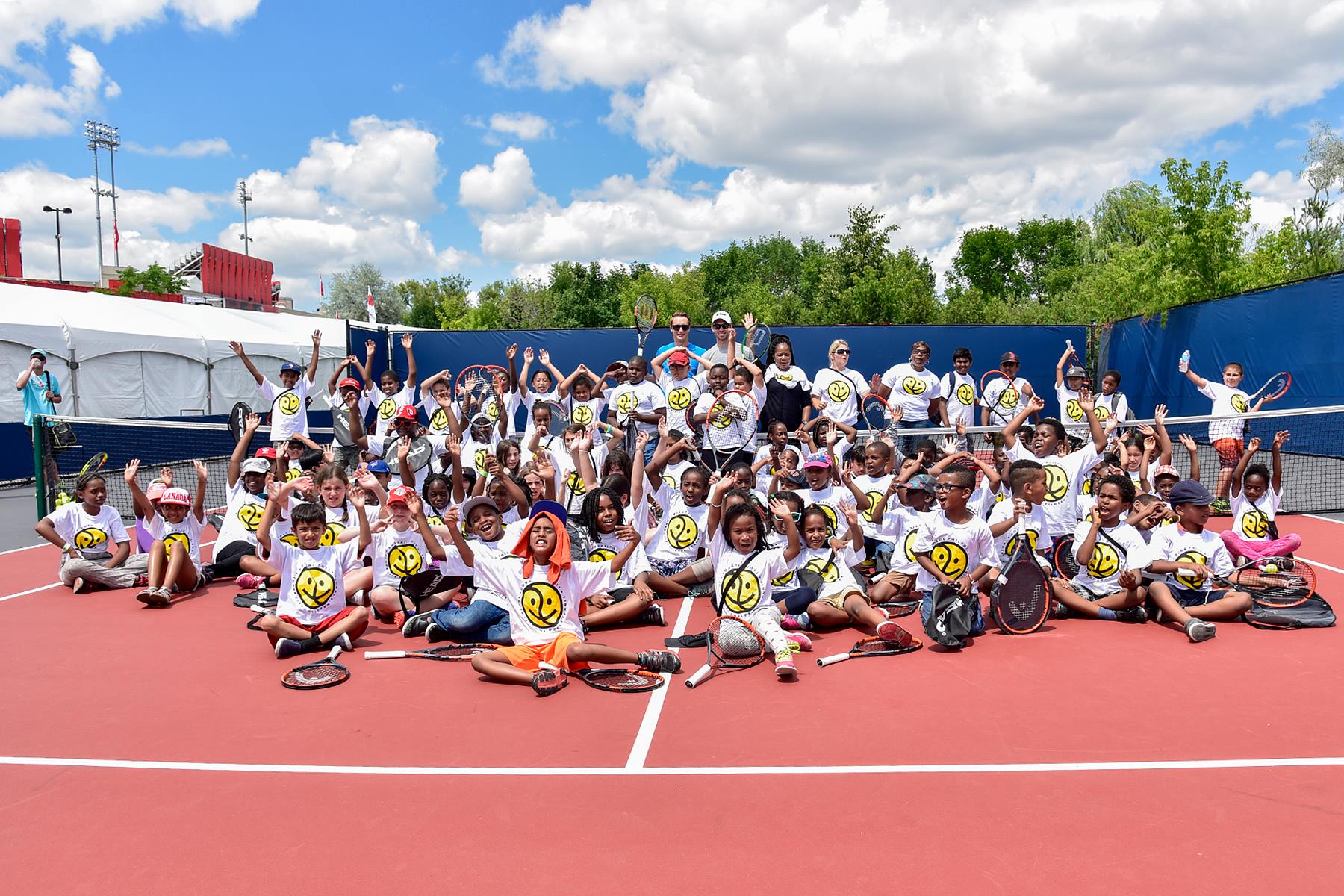 A visit to the Aviva Centre for the Rogers Cup tennis tournament is a summer highlight for most Toronto tennis players and for the campers enrolled in the Philpott Children’s Inner-City Tennis program, it is a life time experience. On Tuesday July 26th ninety-six children from two Philpott sites, arrived at the Aviva Centre at York University for a fun filled day.

While the Doug Philpott Inner-City Children’s Tennis Fund holds free tennis lessons at 18 sites, the children were chosen from 2 different sites this year San Romanoway Revitalization Association and the West Scarborough Boys and Girls Club. The children were accompanied by instructors from each site, the three Philpott supervisors and several Philpott Board members.

Prior to arrival at the Rogers Cup, the children were given Philpott happy face tee shirts which they wore throughout the day. After a brief walk about the grounds, tasting the free samples and playing some of the tennis challenges, the children headed off to the centre court stands to watch Yen-Hsun Lu from China defeat Alexander Zverez from Germany. Lu will play Canada’s own Milos Raonic in the next round.

At lunchtime Tennis Canada provided a VIP seating area at the Mazda Lounge for the children. After a delicious lunch some of the older Philpott campers were treated to a behind the scenes tour of the Aviva Centre courtesy of Tennis Canada representatives Richard Crowell and Alan Ma.

Then it was off to the “red” surface practise court for some on court play time. Kosty Gilis, a Philpott Board member and friends raised funds and partnered with Head Canada so that each Philpott children received a brand new Head tennis racquet. With their new Head racquet the children joined Gaetan “Gator” Parent and Dr. Melissa Cutler on the tennis courts where they led the groups through a series of games.  Both Henri Kontinen from Finland (currently ranked 26th) and his doubles partner John Peers from Australia (currently ranked 13th) made guest appearances with both players staying on the courts to feed balls to the children and sign autographs.

Once again the children were free to take another walk about the grounds, watch side court matches, taste the free samples and play the various skill testing games before they caught the bus for home. 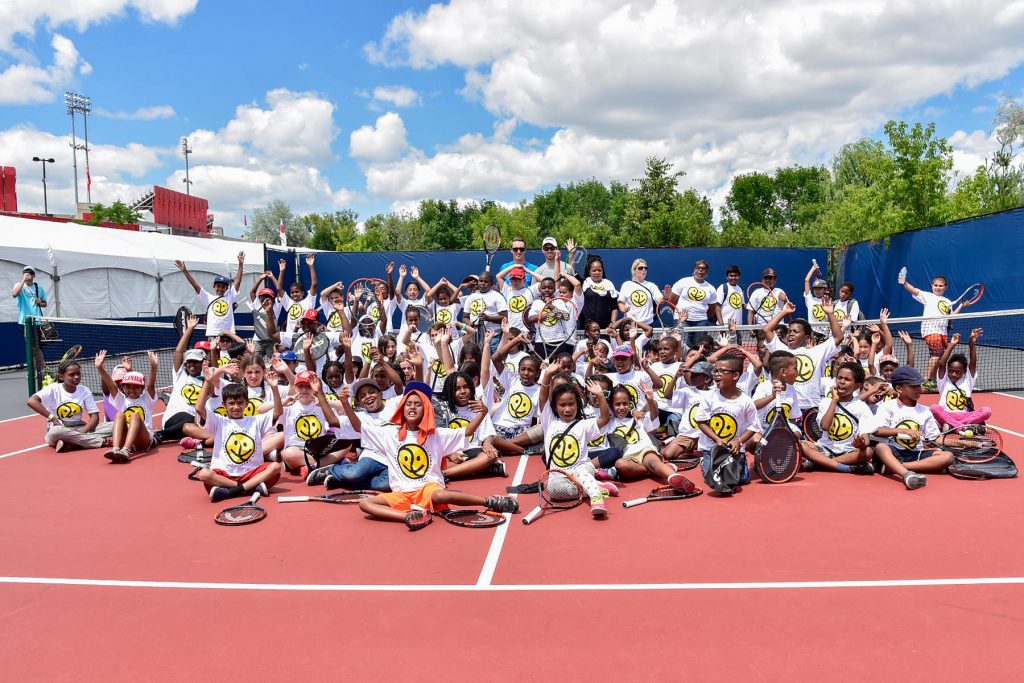