Richard Crowell is the Executive Director of Philpott Children’s Tennis, a charity established in 1985 and running programs in 18 priority neighborhoods in Toronto.  This role allows Richard to pursue his passion of working with youth and developing leadership skills through sport.

In addition to his current position Richard teaches Sport Management at Humber College, he is the president of Field Hockey Ontario and has recently completed a Masters Certificate in Project Management with the Schulich School of Business.

Prior to his role with Philpott Children’s Tennis, Richard worked with Tennis Canada for twelve years as the Director of Community Tennis.  In addition to his work in community tennis, Richard also established a university national tennis championship, managed Tennis Canada’s partnerships with their Provincial Tennis Associations and was the fitness coach for Tennis Canada’s provincial and national U12 teams working with many of Canada’s top prospects.

Richard is currently married, living in Vaughan and enjoys playing hockey in the winter and tennis, golf, baseball and cycling in the summer. 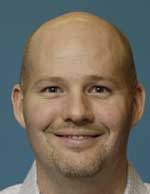 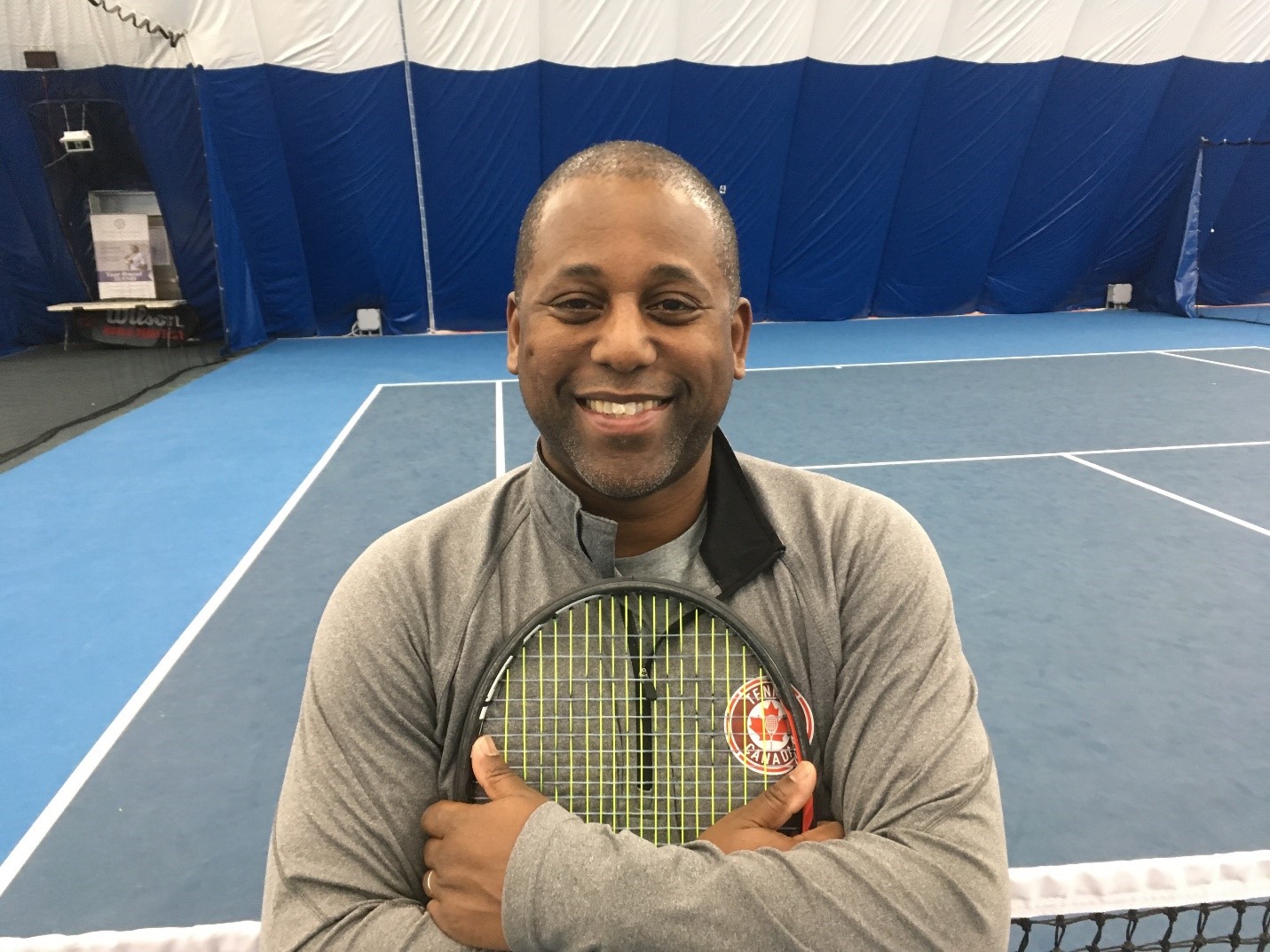 A Tennis Pro for over 30 years, Andy is currently the Tennis Director at Unionville Tennis Club, the assistant Head Professional at the Donalda Club, and a consultant with ACE Academy after serving as the Head Pro at Mayfair Parkway and Mayfair East. In addition to his 18 years in various roles at Mayfair Tennis Clubs, Andy has also been Head Pro at Rosedale Tennis Club, and a Senior Professional at the Toronto Lawn Tennis Club. He holds the highest level of Tennis Club management certification as a certified Club Pro 3, and also holds a Coach 3 coaching certification, with Tennis Canada. In addition, Andy is the Head Course Facilitator for the Ontario Tennis Association. Andy teaches the Pros how to be Pros. Andy was a past member of the Board of Philpott and is now the Head Coach and is extremely gratified to see the great work the charity does bringing tennis to inner city youth. He loves the resulting benefits to their lives.

In a recent interview with Tennis Canada, Andy shared his thoughts on coaching and advice for young Tennis Professionals. He explained that his ultimate goal in coaching is to help people “develop a love for the game and make them play better. Because the satisfaction from improving is intoxicating…” Andy’s enthusiasm for Tennis and his positive coaching style create an environment for coaching excellence. Described as a “true professional” by Tennis Canada, Andy “puts the players first” and brings a high level of engagement and focus to each coaching session. He regularly mentors and teaches aspiring Tennis professionals, in addition to coaching high performance and recreational players.

Ricky Chee is a Supervisor for Philpott Children’s Tennis. Ricky joined the Philpott coaching team in 2009 at the Malvern site. He received his Tennis Instructor certification in 2004 and has a great passion for tennis. His daughter, Jessica, and son, Kito, played tennis together since they were young.

Ricky continued to be a part of the Philpott team and was promoted to Supervisor.  Many enthusiastic volunteers got the chance to go through his tennis training to improve their tennis skills off-season at the L’Amoreaux Tennis Center. This role allowed Ricky to pursue his passion of working with young volunteers and help them with tennis and leadership skills.

Besides Philpott Children’s Tennis, Ricky works with a few different community tennis clubs.  Ricky was the captain in a community tennis intercounty league and engaged in friendly and competitively double matches every summer.

Ricky believes that sports can help us to learn to focus on tasks on hand, as well as improve our physical and mental health. Ricky will continue to work for this amazing charity organisation and get more kids within the community the chance to play tennis and learn the five core values of Philpott: Respect, Honesty, Courage, Cooperation and Sportmanship. 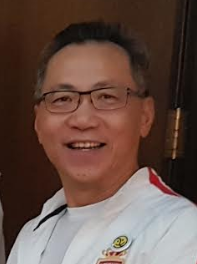 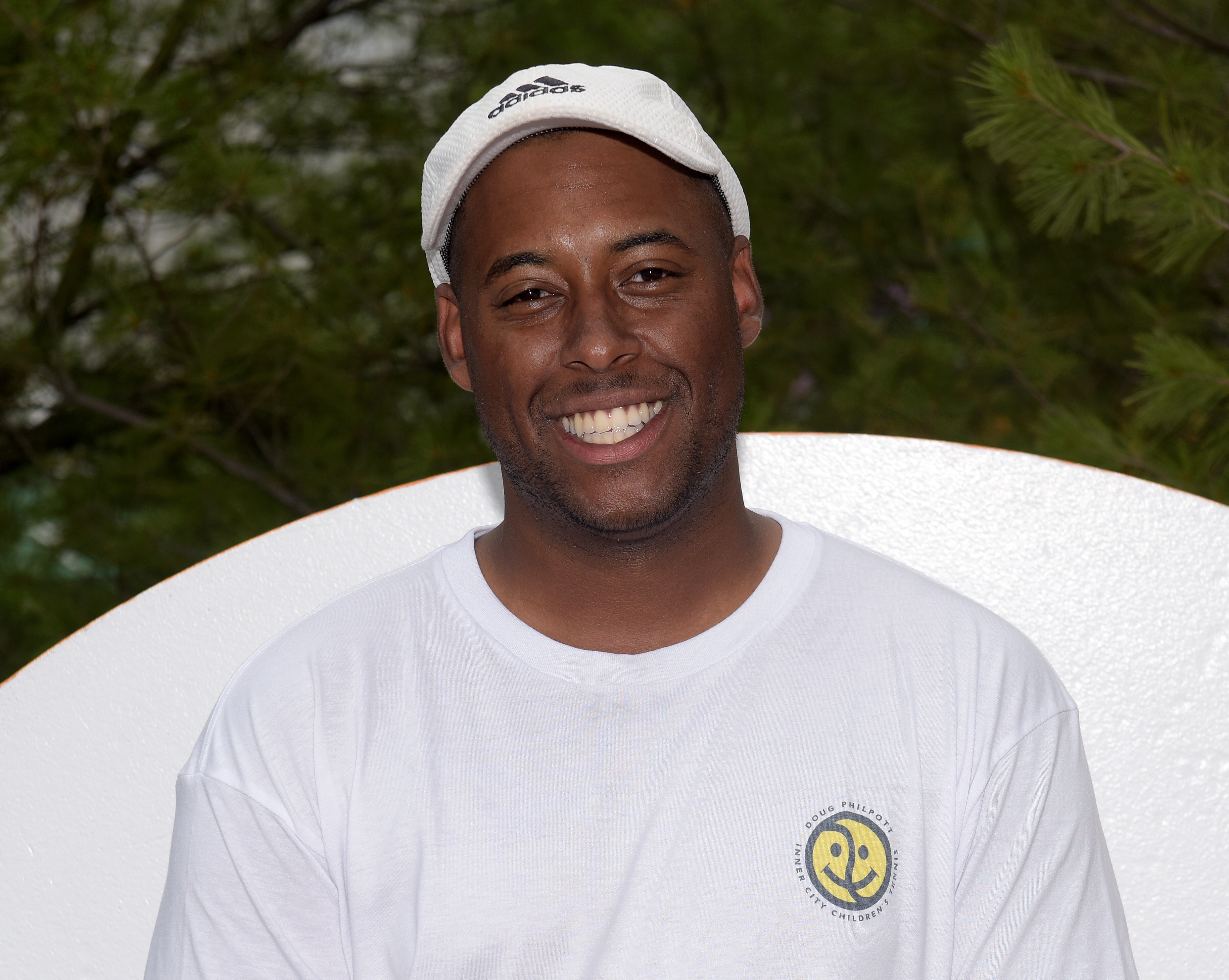 Stephan is the East site supervisor of Philpott Children’s Tennis. Stephan has been playing tennis his whole life since his dad was his coach; Clyde Harris. Back in his training days, he played a few matches for OTA and received multiple tennis awards from his high school.

He has been involved with Philpott since the summer of 2015. Originally, he started as a volunteer for the leadership but was then hired as an assistant coach later that summer. Since then Stephan then went on to continue with Philpott Children’s Tennis and became a certified coach in 2016. By 2017, Stephan became the head coach at the Oakridge site and was there until 2019 where he was then promoted to the supervisor of the east site.

In addition, he currently works for other tennis programs such as NYTA (north york tennis association), OTA inner city tennis and at Scarborough Bluffs Tennis camp.

Stephan is very passionate about giving back to the community by helping shape the children of the future. ” We don’t just teach them how to play tennis, we also teach them how to be people.” His favorite quote to mention when asked about Phipott is: “It is all free. All you need to do bring is your water, shoes and a smile”

Kimberly Pallarca is the Communications Coordinator of Philpott Children’s Tennis and has been involved with the charity since 2007. She is responsible for media and communications, including the development of their new website and all promotional material. She also assists with fundraising events; Kimberly was the lead of the Philpott Clinic featuring Bianca Andreescu and Kiki Bertens at the 2019 Rogers Cup Draw Ceremony held at Ten X Toronto.

The first time Kimberly picked up a racket was in the Philpott Summer Program Malvern site in 2007. After a few years of volunteering, she received her Instructor Certification through the Toronto Sport Leadership Program in 2014 – the first year a female graduated from the tennis program. She has been coaching for Philpott since 2015 at sites such as L’amoreaux, McGregor, NYTA, and Malvern, the very own courts she learned tennis on. Nearing the end of 2018, she took on the role as a Communications Coordinator.

In addition to Philpott Childrens Tennis, Kimberly is the Head Coach for junior tennis programs at Charlottetown Tennis Club and previously, Armadale Tennis Club and Thompson Park Tennis Club. She also worked for the Ontario Tennis Association Inner-City Tennis Program. She loves to work with charities and has coached for multiple United Way tennis fundraising events.  She has also been a volunteer for Tennis Canada since 2013 as a member of the Rogers Cup Tennis Matters and Promotions Committee and assisted with celebrity fundraiser events, such as the Raonic Race for Kids Fundraiser and the Donalda Celebrity Challenge.

Kimberly understands the importance of representation in tennis and recognizes the responsibility she has as a female coach to empower young women and to inspire her students to never stop learning. Kimberly is very grateful to be a part of this amazing charity that provided her and many others the opportunity to learn tennis. 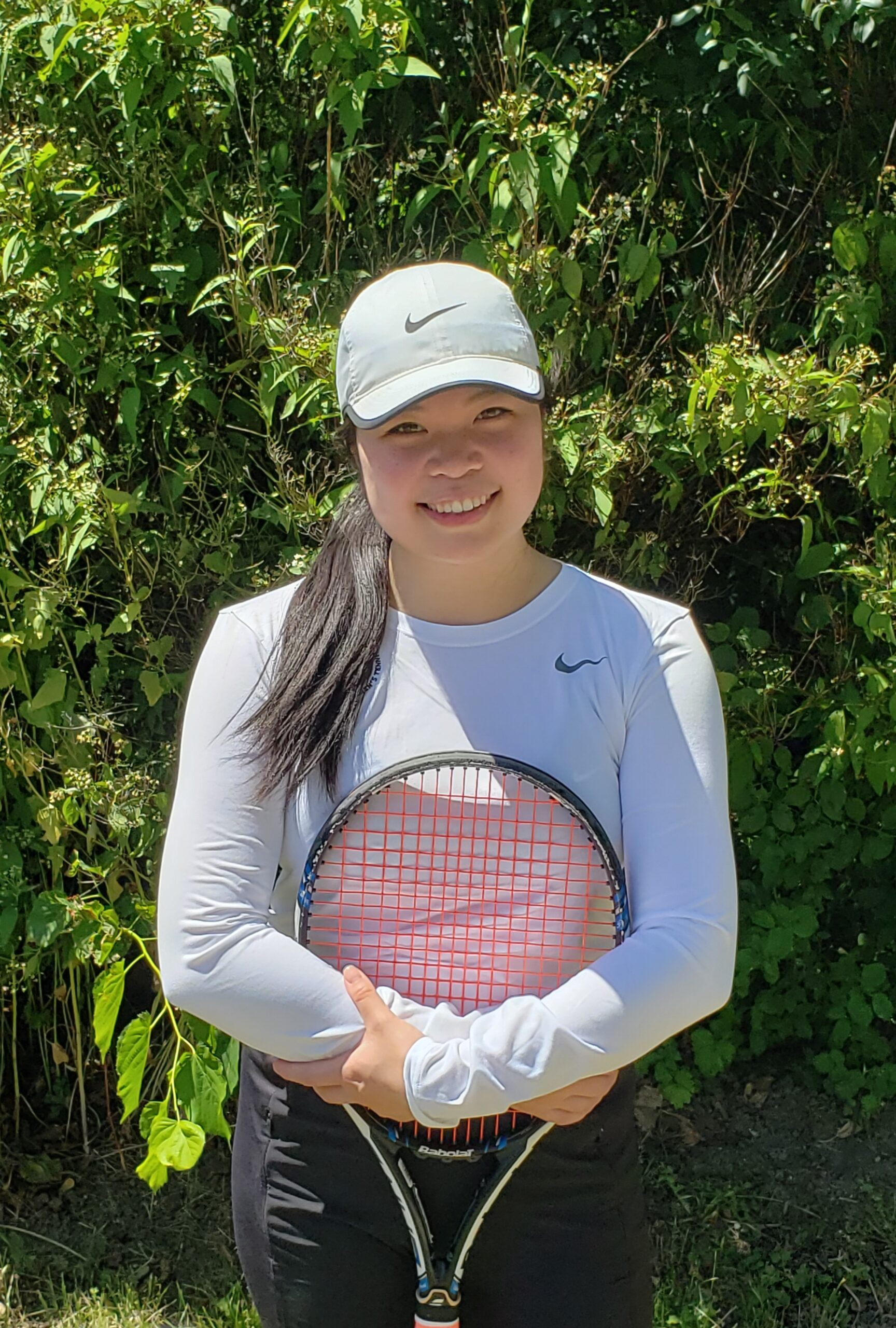 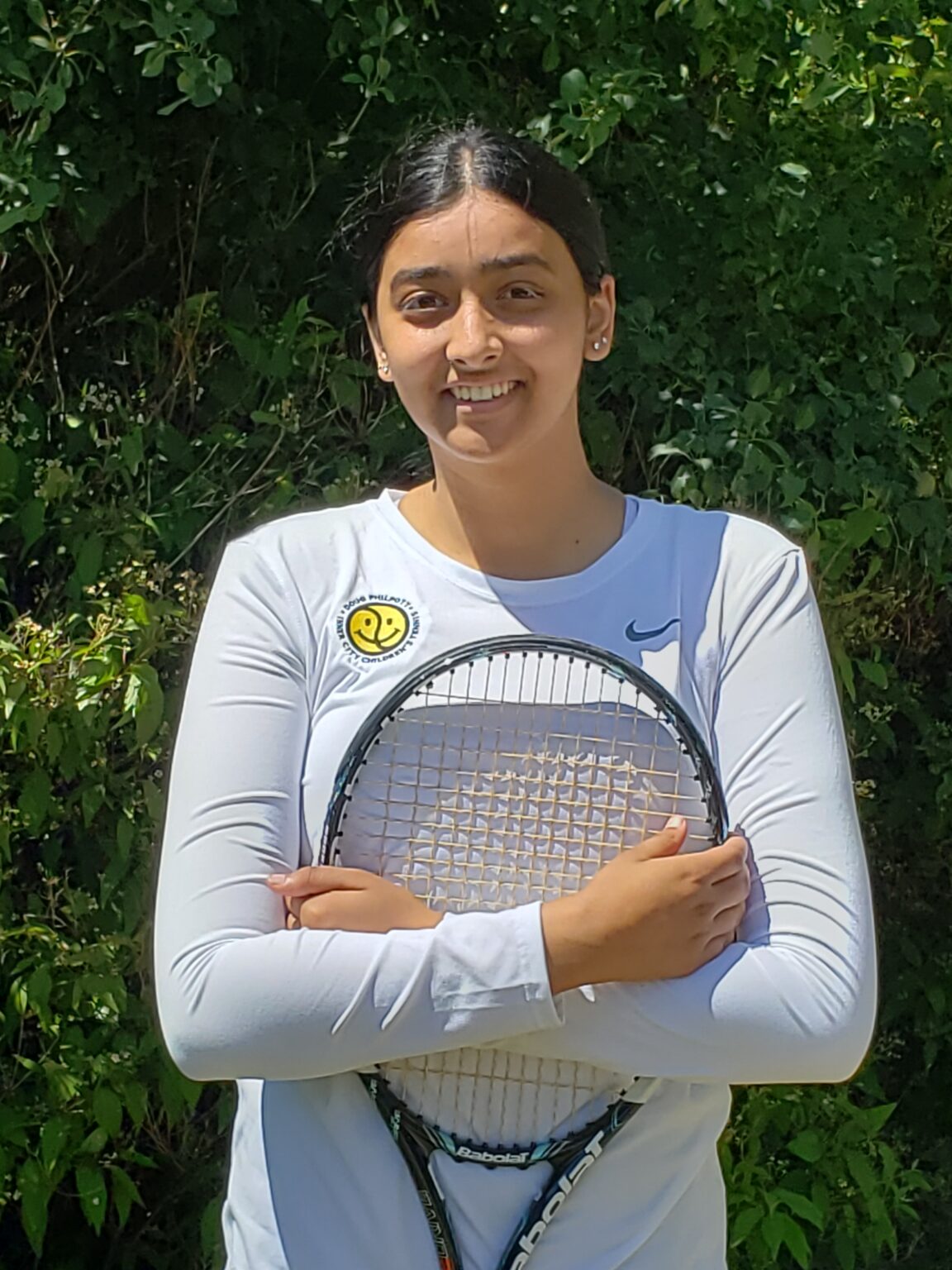 Harshavi is currently working as a Youth Administrator and Content Writer for Philpott Children’s Tennis. She started her tennis journey in 2019 through a program at her high school and later joined the Philpott Leadership Program (TSLP).

As part of the Leadership program, Harshavi trained on a weekly basis on becoming a coach. She has also volunteered at many Philpott Programs and continues to do so. Through Philpott and coaching, Harshavi has found her true passion for teaching. She hopes to become a teacher and inspire others along the way.

Harshavi understands to be an admirable role model to other girls and students in the program. She recognizes the importance of being a female player and hopes to continue encouraging, and inspiring the people around her. “I have gotten so many amazing opportunities through Philpott and I am so grateful to be part of something that brings change.”

Kate is working as an administrative assistant at Philpott Children’s Tennis. She works with the team to plan events.

Additionally, Kate recognizes the importance of being a female coach having the power to inspire others. With this in mind,  in 2021, at the San Romanoway opening, Kate gave a speech about her Philpott journey and the impact it had stating, “I never saw a future with tennis until I was a camper in Philipott’s Summer Tennis camp. I started playing tennis at the age of 14 and through Philipott’s support, I am a head coach. The journey I have had is unbelievable, making me forever thankful.” 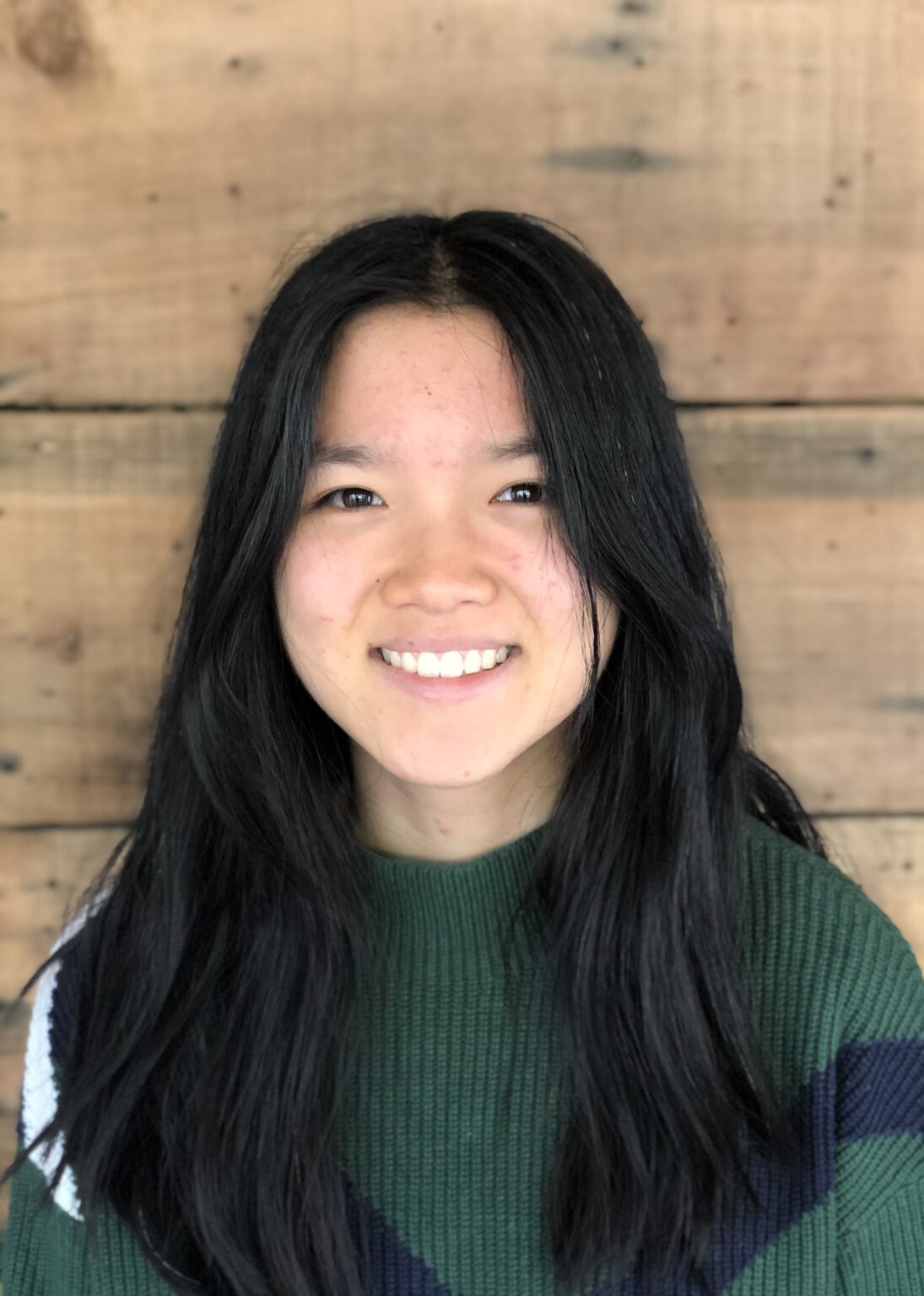 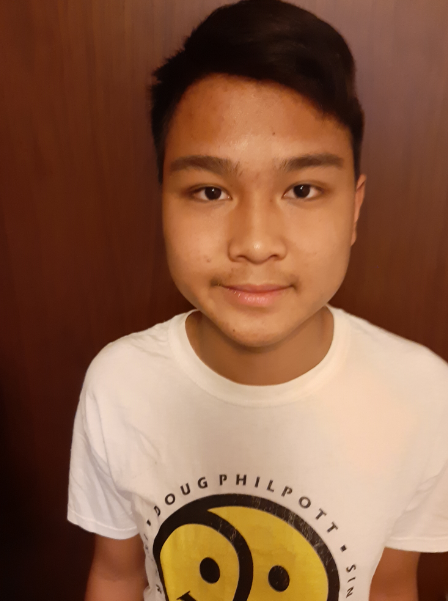 Colin Fok is a writer for Doug Philpott Children’s Tennis. Colin began his tennis training with the Philpott Summer Tennis program at the Malvern site with his sister, Angie. Since then, every season he would be a participant of Philpott camps at multiple sites such as McGregor, L’Amoreaux, and NYTA.

Colin’s passion for the game led him to volunteer during the children’s summer camp program at McGregor and Malvern respectively. In the winter, he continued volunteering at the L’Amoreaux site encouraging to keep fit and play indoors during colder months. He went on to enroll and complete the Toronto Sports Leadership Program in 2020.

As Colin has been with Philpott for almost 10 years, he believes in giving back to the tennis community, and allowing the kids to enjoy the fun of sport. “Philpott coaches have taught me to build confidence, and been an excellent role model for me to translate skills on the court to other areas of my life. I volunteered for Philpott in the summer and was fulfilled to give to the kids in the community that helped me grow.”