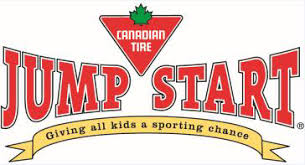 More than 800 needy children enjoyed a week of free summer tennis camp in Toronto, this past summer, thanks to the Canadian Tire JumpStart program. Canadian Tire JumpStart contributed over $20,000 to the Doug Philpott Inner City Children’s Tennis Fund, which operates 11 tennis camps in Toronto’s neediest areas. “It was immediately clear to us that the values of the Canadian Tire JumpStart program are absolutely aligned with our mission,” states Coulter Wright, Philpott Board President. “We are both community-based charities, and we both believe that children who are unable to participate in physical activity due to financial need deserve a place to run and play.”

Dan Thompson, President of the Canadian Tire Foundation for Families, praises the local Canadian Tire JumpStart chapters that were instrumental in approving the Philpott partnership. “We are national in scope, but local in focus. The four local Toronto chapters recognized a need and found an organization that could meet that need. We expect to see Canadian Tire staff who belong to these chapters becoming more actively involved with the local Philpott camps. Maybe there will even be some that get out on the courts with the children!

The Canadian Tire Foundation for Families is a charitable organization committed to building strong communities across Canada. Launched in 1999, the Foundation for Families has donated more than $23 million to charitable organizations that support families in local communities by helping to ensure that life’s basic needs are met. Canadian Tire JumpStart is a community-based charitable program that helps kids in financial need participate in organized sports and recreation such as hockey, dance, soccer, swimming and tennis.