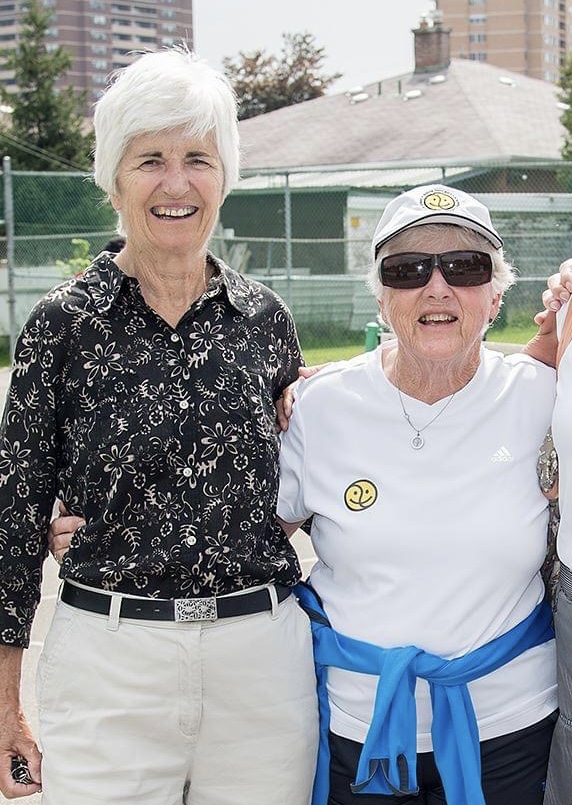 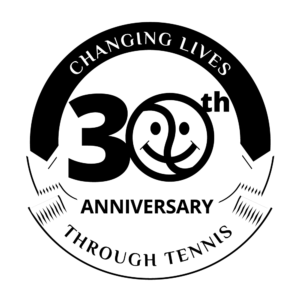 Part of the 30 Years of Possible series in celebration of Philpott Children’s Tennis 30th Anniversary.

For 30 years Philpott Children’s Tennis has been delivering free tennis to Toronto’s inner-city communities; and for 30 years two people have been behind the scenes making it happen year-in and year-out.

Eleanor O’Gorman and Sharon Arnold are founding Board Members of Philpott Children’s Tennis.  They have been involved since the very first program launched and they still serve on the Board of Directors and the Programming committee today.

Kicking off the Program

When funds were left in Doug Philpott’s name, members from the Toronto Lawn Tennis Club and several leaders in the Toronto tennis industry, explored how to use the money in a way that honoured Doug’s legacy.

“Doug was involved in so many areas of tennis. Ultimately, we decided to use the funds to honour his love for mentoring others in the sport.  He mentored so many people, including me.  So, starting a program to introduce the sport to children was a natural fit.”, explains Sharon.

Once the mandate was clear, and they were ready to launch their programs, Eleanor O’Gorman joined.

The program got off the ground by partnering with the John Innis Community Centre to offer the very first Philpott tennis lessons in the Cabbagetown neighbourhood (a site we still serve today).  Eleanor has a deep background in the sports industry, education and coaching; and Sharon also worked in education and has an illustrious tennis resume, so their experience was pivotal in the early days to help structure the lesson plans and design the program. “We always knew it would be more than tennis. We wanted the program to include character and life lessons, so we introduced the Values of the Day into the lesson plans.  That is something that has always set our program apart.”, says Sharon.

Eleanor and Sharon both have a long list of milestones that they call “pivotal” in the organization’s history.  Among them is the start of the Ladies Invitational Tennis Tournament, which is still running today. “That tournament changed what we could do as an organization because it got so popular and raised enough money that we could start thinking about growing the program.”, says Eleanor.

With the additional fundraising, Philpott tennis camps started to open systematically in more and more communities.  Sharon and Eleanor, along with the other Board Members, worked closely with the City of Toronto to identify areas in need of services and set a goal to make tennis accessible in every neighbourhood improvement area in Toronto.

As the program continued to grow, the joy of seeing more and more kids learn and enjoy tennis only grew their commitment to the organization, “We ran around town delivering balls and racquets and hiring instructors.  We would do anything necessary to get programs up and running in the communities that needed them most.”, says Sharon.

Over time, the number of children participating in tennis across Toronto through Philpott programs grew into the thousands. “I never thought we’d reach a point where we’d have a full-time executive Director, year-round programming and over 6,000 kids a year go through our programs.  But my favourite part of the program is still the summer camp. That is the grassroots, core of our program; where the kids get introduced to tennis, and they have a great first experience and that gets them coming back for more. Before you know it, they’re hooked and love the game, and we provide positive coaches and role models to help them grow as players and people.  That’s the part I love.”, says Eleanor proudly.

Sharon reflects on all the kids who came through the program and eventually became coaches.  Currently over 80% Of Philpott coaches are previous program participants, which speaks to the success of the Leadership program where youth are given training and funding to become certified coaches.  “When the kids learn and love the game, then go through the leadership program to become certified and get employed as coaches.  I love that.  They teach and become role models in the same neighbourhoods where they first learned to play.  That’s just the best.”, says Sharon.

I spoke with Sharon and Eleanor independently and it was interesting that they were both hesitant to revel too much in the past. They are humble about their contributions and they both pushed me to focus instead on the future; and the future is certainly exciting for Philpott.

They both jumped at the opportunity to talk about Philpott’s largest project-to-date, an exclusive 2-court indoor facility in the Jane-Finch neighbourhood slated to open in the Fall of 2023.  “Having an exclusive indoor facility where programs can be offered 12-months of the year will be unbelievable for the community.  Kids and families will have a safe, and welcoming place that they can call their own, and continue playing throughout the winter months.” , explains Eleanor.

But it’s hard to think about these future projects without acknowledging the past.  Sharon and Eleanor’s commitment to Philpott’s mission have made so many opportunities possible for kids and communities over the past 30 years; and has laid the ground work for bigger and better possibilities for the next 30 years!!

Thank you Eleanor and Sharon!