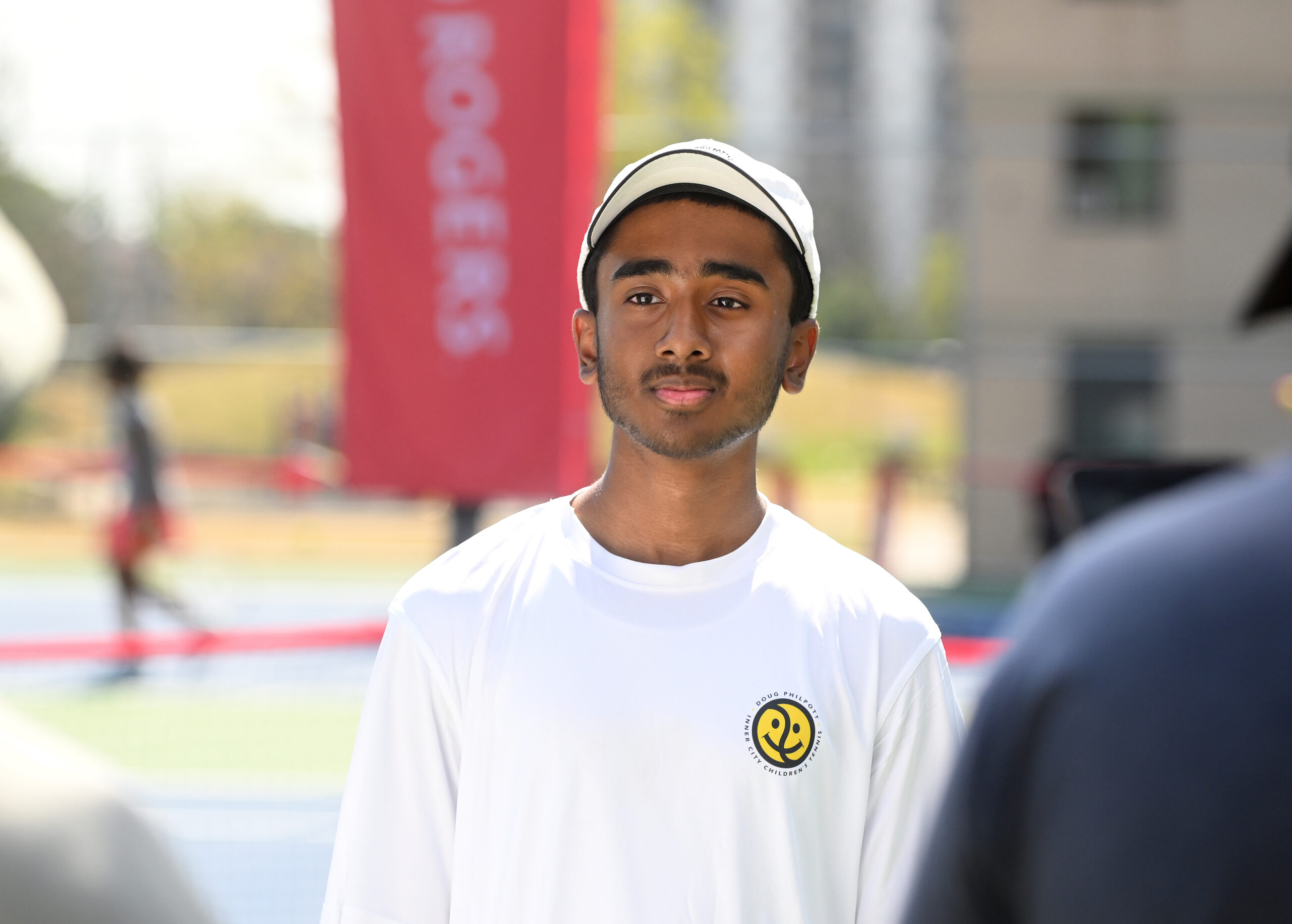 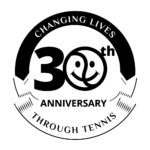 Part of the 30 Years of Possible series in celebration of Philpott Children’s Tennis 30th Anniversary. 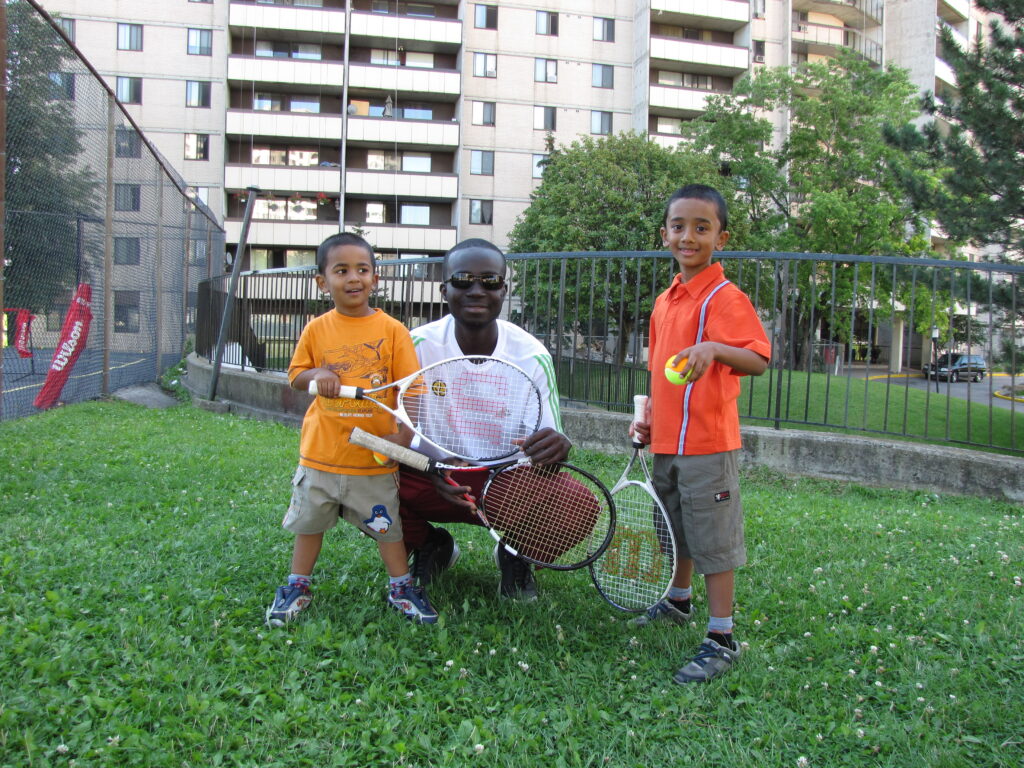 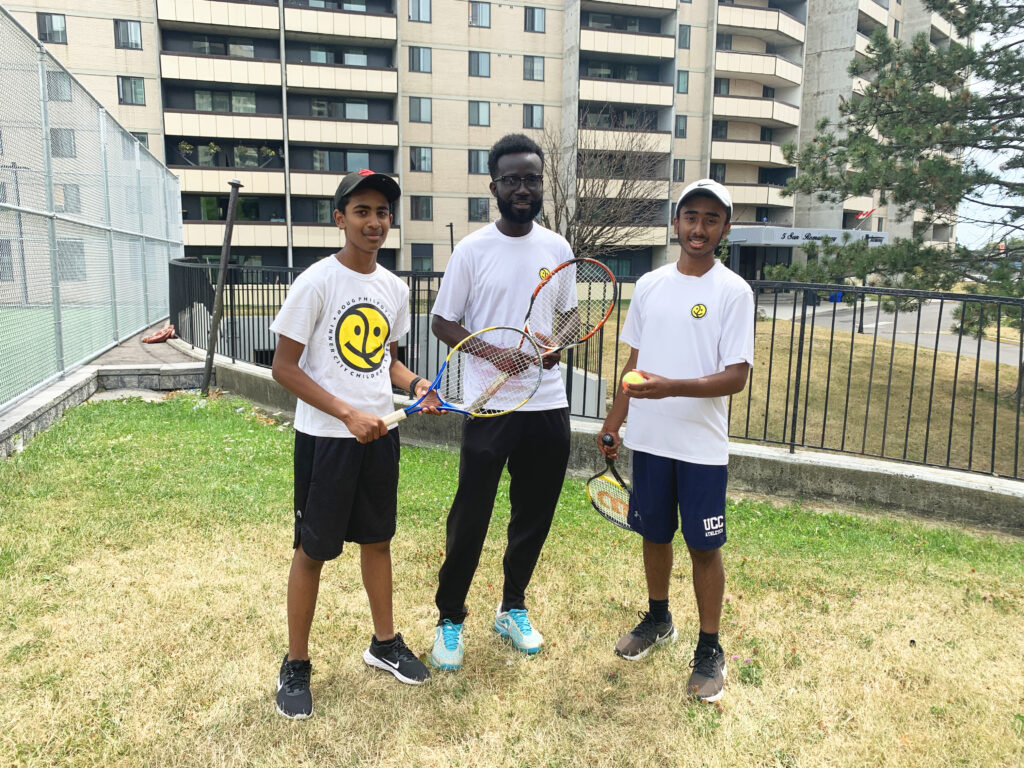 Thuginthan Thurai is pictured here (right) 11 years ago when he first started as a Philpott Camper, with Head Coach Eric (middle), and his brother (left).

Thuginthan, Coach Eric, and his brother recreated the photo from 11 years ago. Today Thuginthan is working alongside Coach Eric at Philpott’s San Romanoway site.

Thuginthan, Coach Eric and his brother recreated the photo from 11 years ago.  Today Tuginthan is working alongside Coach Eric at the San Romanoway site.

Meet Thuginthan Thurai (pictured right).  He started playing tennis as a Philpott summer camper, at the Courts at San Romanoway, located at the corner of the Jane & Finch, where he lives.  Now, he is a tennis coach for the younger generation at the same location where he was once a student!

For 10 years, from 2011 to 2021, Thuginthan came to Philpott’s summer tennis camp everyday with his brother. He learned tennis alongside the daycare kids who came as well. He would always look forward to his daily lessons, “I found tennis fun and it gave me a reason to wake up early and get some exercise in.”, he says.

Thuginthan found pleasure in playing tennis and learning from different coaches over the years. While he’s had five to six different assistant coaches during his time in the program, the Head Coach at San Romanoway was always Eric (pictured centre).  “Eric was a great Head Coach and, together with the Assistant Coaches, they made it a great atmosphere for us.”, says Thuginthan, “they always put a smile on our faces and made tennis enjoyable for us.”

Last year, at the opening ceremony for the new courts at San Romanoway, Coach Eric encouraged Thuginthan to sign up for the Toronto Sport Leadership Program through Philpott; a program that would give him free tennis and leadership training, and an opportunity to become a Tennis Canada certified coach. Thuginthan wanted something fun to do in his spare time and this opportunity was free and accessible.

He loved spending every Saturday training and learning about coaching, but also knowing that it could lead to a paid position. The sport leadership training continued for a few months at L’Amoreaux Tennis Centre, where he would go with his dad, and then he completed the two-week Tennis Canada instructor course. “I’m just so grateful they had this free program to get me certified as a tennis coach.”

Thuginthan passed the Instructor course and he is now a Tennis Canada certified Coach. He was subsequently offered a job in Philpott’s Summer Program. The best part? Not only is he teaching at the same courts where he first learned how to play the game, but he is also coaching alongside his own coach, Eric, who taught him since he was 6 years old. “I would never have thought that I would be working with my own coach, eleven years later; it’s surreal,” he describes.

As a coach, he wants to give back to the community and he finds joy in seeing many kids he knew from his days as a participant, grow in the sport of tennis. Thuginthan recently graduated high school from Upper Canada College where he received a scholarship. He will start at the University of Toronto in September where he will major in Business/Commerce.

Thuginthan is certain that the leadership and collaboration skills he is gaining through his role as a Philpott coach will be helpful in the future. He sees himself continuing to coach with Philpott, throughout his university years, as the experience of being an assistant coach, and working with Eric and all the kids has been so rewarding.

Philpott Campers Enjoy A Day at the Rogers Cup